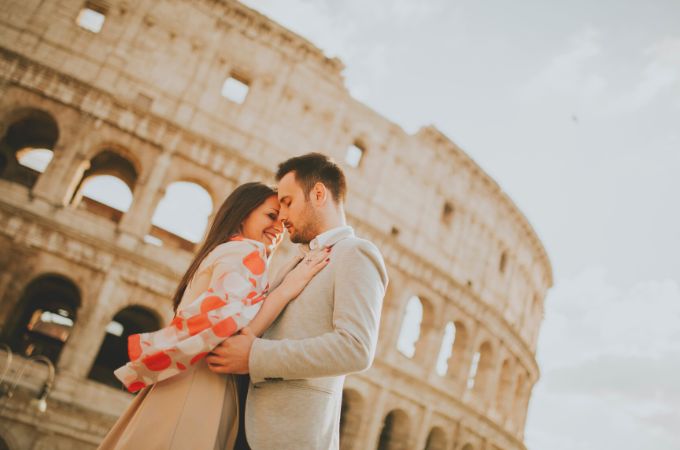 It’s wonderful when two people get together to create the perfect match, whether it’s your grandparents who have been married for decades or the famous couple that embraced on the big screen. It doesn’t matter if the duos have real or imagined relationships, or if they are human, animated, or traditional, it is hard to not be inspired to achieve new goals in your relationship.

Must Read: white or ivory wedding sneakers recommendations and truth

Celebrities in Hollywood have a deeper bond than the glamour and glitz of the red carpets, silver screens and stages. While we look up to these stars for entertainment through their roles and work, sometimes our hearts are captured by their real-life roles in marriage.

Johnny and June Carter Cash, Married for 35 Years: It is easy to recall the impact Johnny Cash and June Carter had in country music. But, it would not have been possible if she hadn’t been the positive force that made his life change.

Tom Hanks and Rita Wilson Married since April 30, 1988: Tom Hanks was long before the sport of volleyball. He fell in love with Rita Wilson, his longtime partner and fellow actor.

David Bowie and Iman, Married for 24 Years: David Bowie and Iman were married 24 years before the singer lost his secret battle with cancer in 2016. Iman, a Somalian model, and Bowie shared an artistic life as one of Hollywood’s most loved and well-known interracial couples.

Stedman Graham and Oprah Winfrey, Not Married. Oprah may have been the first African-American billionaire but she was deeply in love with her longtime partner Stedman. Although they haven’t married, their long-lasting partnership is a testament to their commitment to each other.

Ellen DeGeneres & Portia De Rossi, Married since August 16, 2008: One of the most well-known lesbian couples of today, Ellen and Portia were connected by their love for animals, vegan food, and, of course, each other.

Goldie Hawn & Kurt Russell, Not Married. Hawn & Russell have been together for over three decades.

John Lennon and Yoko ono, Married 11 years: Although most couples spend more time in bed than they do in the first few days of marriage, the Beatle and his wife, an artist, stayed in bed for a two-week-long, “Bed-In for Peace”, five days after the couple had said “I Dos.”

Michael J. Fox and Tracy Pollan, Married Since Jul 16, 1988: Fox & Pollan made their relationship on Family Ties in the 80s into a real-life love story when they got married in 1988.

Neil Patrick Harris and David Burtka Married Since September 6, 2014. The couple that made up one of the most well-known gay couples is so well matched that they wear the same shoe size and clothes, as well as the same height and weight.

David and Victoria Beckham Married Since July 4, 1999. Marriage is not always easy, even for football stars like Spice Girls. After a difficult 17-year marriage, the couple got back on track by renewing their vows at a small ceremony at their home in January 2017.

Ashton Kutcher & Mila Kunis, Married since July 4, 2015. How could you not love an on-screen romance that becomes real? Before they got married, Kutcher & Kunis were Kelso & Jackie, the vain and not-so-bright couple from That ’70s show.